Hailing from a small village on the South Coast of the UK, at a young age she convinced her parents to allow her to have a pet.  A little black kitten, creatively named Pusskins was Emily's first pet, and from then on she has managed to continuously surround herself with animals. She has had rats, rabbits, dogs, cats and even a lamb! Emily rescued the lamb (later named Shaun) from a petting farm where the farmer said it was to be euthanized. 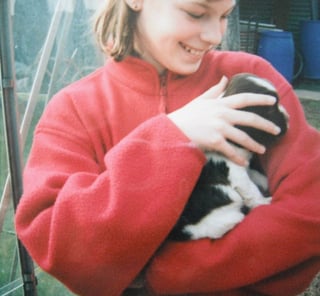 Despite obtaining her Bachelor's degree in Psychology from the University of Gloucestershire, she has always known that her passions lie with animals. This became an epiphany during her world travels: she voluntered with Animal A.W.A.R.E in Guatemala treating street dogs and cats as well as with Animal Aid Unlimited in Udaipur, India where she assisted in the treatment of injured dogs, cats, cows, calves, donkeys, pigs and monkeys. 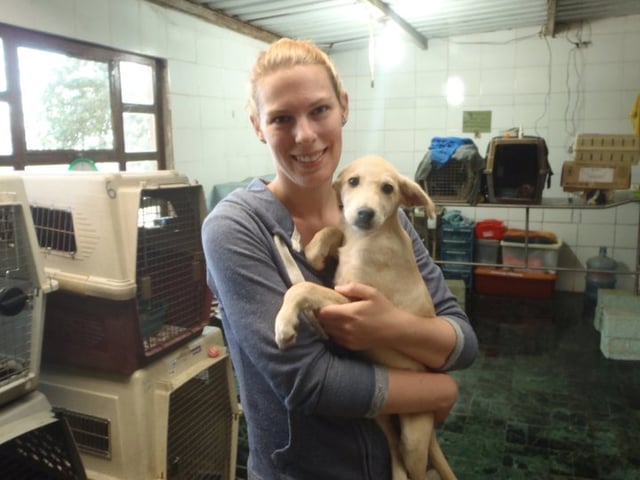 Since arriving in Australia with her fiance, she has completed her Certificate of Veterinary Nursing at TAFE NSW.  Emily says she is thrilled to "finally be learning how to properly help injured and sick animals."

Emily has two adopted dogs, Jedi and Cayo who keep her very busy! In her spare time, she enjoys sailing and horseback riding. 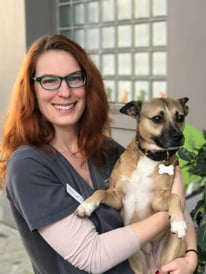